A banger is a device that allows you to vape cannabis concentrate using a bong, dab rig or other devices. Although bangers can be made from a variety of materials, they are all circular and generally made of glass, quartz or ceramic. Different materials retain heat differently, so different cleaning methods are required.

Quartz is the preferred material for making bangers. Quartz bangers are stronger than glass bangers because they can withstand repeated high-temperature exposure. The banger’s design, when made from the right materials, allows it to withstand high temperatures for vaporizing cannabis concentrates and offers a clean, flavorful vaping or dabbing experience.

How to use a quartz banger

After the banger is fitted in the joint, heat it up. Then add a little concentrate to it using a metal or glass dab instrument. At this point, you can put a carb cap onto the banger. The concentrate evaporates and the vapor flows through to the dab rig. Take a deep inhale and take a few puffs.

How to heat a quartz bomber

You can heat a quartz banger with an electronic heater coil or butane torch. The banger should be heated until it glows. This could take between 20 seconds and five minutes depending on the banger’s shape and thickness. Let the banger cool. Depending on the temperature of your dab, you might need to wait between 15 seconds and a minute before you apply the concentrate.

What is a dab nails?

A dab nails are a nail-shaped insert that can be used with a dab rig. Concentrate is not placed in the bucket of the banger. Instead, it is placed on top of the heated head of the nail. Some dab nails need a dome, while others require holes to allow airflow.

Dab nails can be made from glass, quartz or titanium. Although glass nails are cheap, they can crack if heated repeatedly. Quartz is frequently preferred for its superior heating and flavor.

Is a banger a nail or a banger? 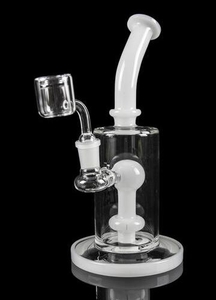 Although banger and nail are often used interchangeably, they actually have a few key differences. Both have the same purpose: to store your concentrate for it to vaporize. A banger is more like a container , but its bucket-shaped shape makes it ideal for sauce or any concentrate that’s on the wetter side of the scale. Because of its flat head, it is ideal for firm concentrates such as shatter or crumble.

My banger is turning black.

When heated to over 1,000 degrees Fahrenheit (538 Celsius), the tar-like residue that forms on the bangles turns black. Heating concentrates at 400 to 600 F (204 to 315 Celsius), preserves their taste and keeps the quartz in great shape. To prevent residue buildup, make sure to clean your banger after each use. If they aren’t properly maintained, quartz bangers can become yellow, dull, and cloudy over time.

Is it necessary to have a carb cap on a banger? 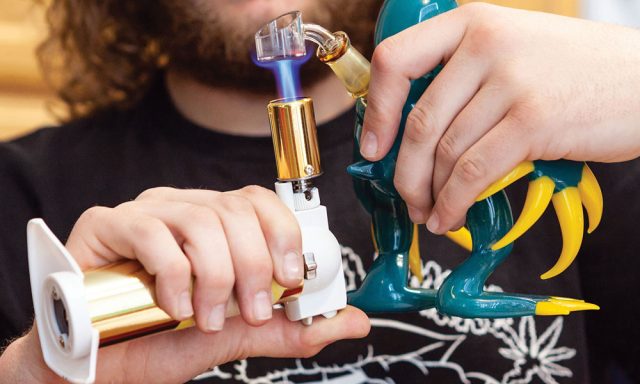 A carbcap is a accessory for dabbing that allows cannabis concentrate to vaporize at lower temperatures, increasing the flavor and quality. Carb caps reduce heat escape and regulate airflow. This in turn lowers the concentration’s boiling point. Quartz bangers are also protected by carb caps.

Although a carb cap may not be necessary for bangers, it is recommended. Carb caps evaporate all the dab content, so there is no waste on the nail. A carb cap can also make the vapor thicker, as many users notice.

Which is the best banger to use for dabs?

You need to think about a few things when choosing a banger, such as its angle and size. Also, consider whether the banger should be male or female. It all depends on how big your dab rig is and whether you prefer glass, quartz or titanium.

What does it mean, to chaz a banger

Chazzing a banger is when you heat too much and leave your banger charred. You can avoid the chaz by going slow and low. Experts recommend that you use a stopwatch on your smartphone to test the heating and cooling times. This will ensure perfect dabs and less mess. If you don’t clean your nail or banger regularly, chazzing can happen. Like any other cannabis gear, dab rigs can get contaminated .

How can you season a banger in style?

Seasoning a banger is important in order to prepare it for heat and remove any chemicals or dirt that may have been accumulated during manufacturing and shipping. Seasoning a banger will vary depending on whether it is made of quartz, glass, and titanium. The same steps can be used to season a nail .

previous
What is a Dab Rig? All About Dabbing
next
What is an Incycler Dab Rig? Guide