Hemp is one of the world’s absolute best ecological resources – A single plant that can be used in over 50,000 different uses

Hemp is one of the world’s absolute best ecological resources – A single plant that can be used in over 50,000 different uses. Everything from fuel, plastic (which is stronger than steel!), Concrete, fiber, a wealth of food and supplements.

Hemp is the opposite of Cannabis / Marijuana – Although they both belong to the same family Cannabis Sativa L. whose Latin name was given by the Swedish botanist Karl Von Linné, there is a big difference between the two. Hemp also called industrial hemp has been grown for thousands of years for industrial purposes.

They can grow up to 6 meters high and are appreciated for its fantastic fibers, seeds and flowers. Unlike its opposite, Industrial Hemp contains minimal amounts of THC (the component in cannabis that makes people high), while it has large amounts of CBD. A topic that has attracted attention everywhere. Not least because CBD / Hemp Products manufactured to contain the substance.

About the hemp plant

According to the World History of Colombia, humans began weaving the fibers of the hemp plant over 10,000 years ago in China. For millennia, hemp has been one of mankind’s greatest agricultural products and most important industries. Hemp produced the majority of all the earth’s fibers, fabrics, lamp oils, paper, and medicines. At the same time, it was an important source of nutrition for both humans and animals.

During the 20th century, synthetic materials were introduced and with the help of the joint efforts of large industries such as timber, paper, and the cotton industry, hemp was banned, and fell into oblivion for many decades. Today, the hemp industry is back on the map and developing at an explosive pace, despite the previous controversy that previously characterized the plant during the 20th century.

The hemp plant is a hardy and fast-growing crop that has the ability to grow in most climate zones and in nutrient-poor soils. Botanically, hemp belongs to one of the most advanced plant families on the planet. It can grow up to 4 meters high in just one season.

The different uses of hemp

With over 50,000 different uses, hemp is one of the earth’s foremost renewable resources. Hampa manufactures, among other things: Biofuel, food, clothing, building materials, lubricants, dietary supplements, paper, textiles, ropes, and much more. Hemp as a textile, for example, has many advantages as it is naturally antibacterial and breathes in a way that cools in the summer and insulates/warms in the winter.

Hemp concrete is hemp fiber that is mixed with limestone powder and aqueous solution to then solidify. This concrete is naturally free of harmful chemicals while the concrete is biodegradable and breathable. These are just a few of thousands of examples of how hemp can be used.

Hemp seed has been consumed by humans for thousands of years and has been an important part of the diet. Among birds and animals, it is one of the most popular seeds in nature due to its high nutritional content. The seed has a high content of protein that contains all the essential amino acids, rich in fiber, and a good balance of omega fatty acids. The seed also contains a wide range of vitamins and minerals. 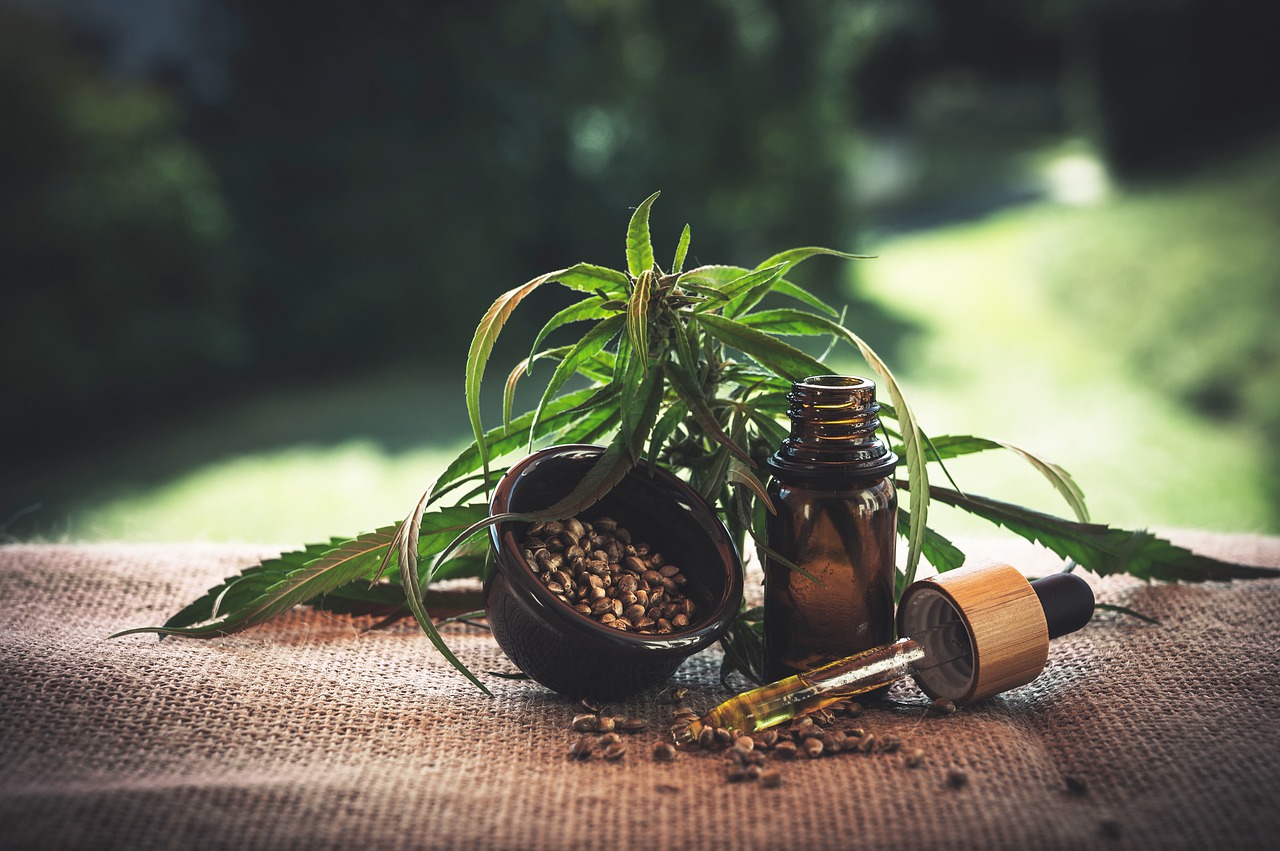 The difference between hemp and marijuana

Hemp as a building material

Hemp’s long fiber can be made into loose wool, a sustainable alternative to glass and stone wool as insulation. The short harder fibers can with lime and water and become hempcrete, hemp concrete.

Hemp seeds are a good vegetable protein source, according to several studies. It contains all nine essential amino acids, plus beneficial fatty acids, minerals and fiber. The taste is a bit nutty and the seeds can be mixed into smoothies, bread, and more. Hemp oil is also sought after for its beneficial fatty acids.

Research has shown that hemp is more common in historical textiles than previously thought. Hemp is more durable than cotton and more water-absorbent. Hemp fabric can be obtained in varying coarseness, everything from silk-like quality to coarse sackcloth. Shoes, outerwear, jackets, trousers, socks, and underwear can be made from non-toxic hemp.

Growing hemp requires less fertilizer and less pesticide than, for example, cotton cultivation. Hemp can withstand most parasite infestations and as hemp adds nutrients to the soil, it is possible to grow hemp year after year on the same land without changing crops. This makes hemp one of the best fiber alternatives from a sustainability point of view. 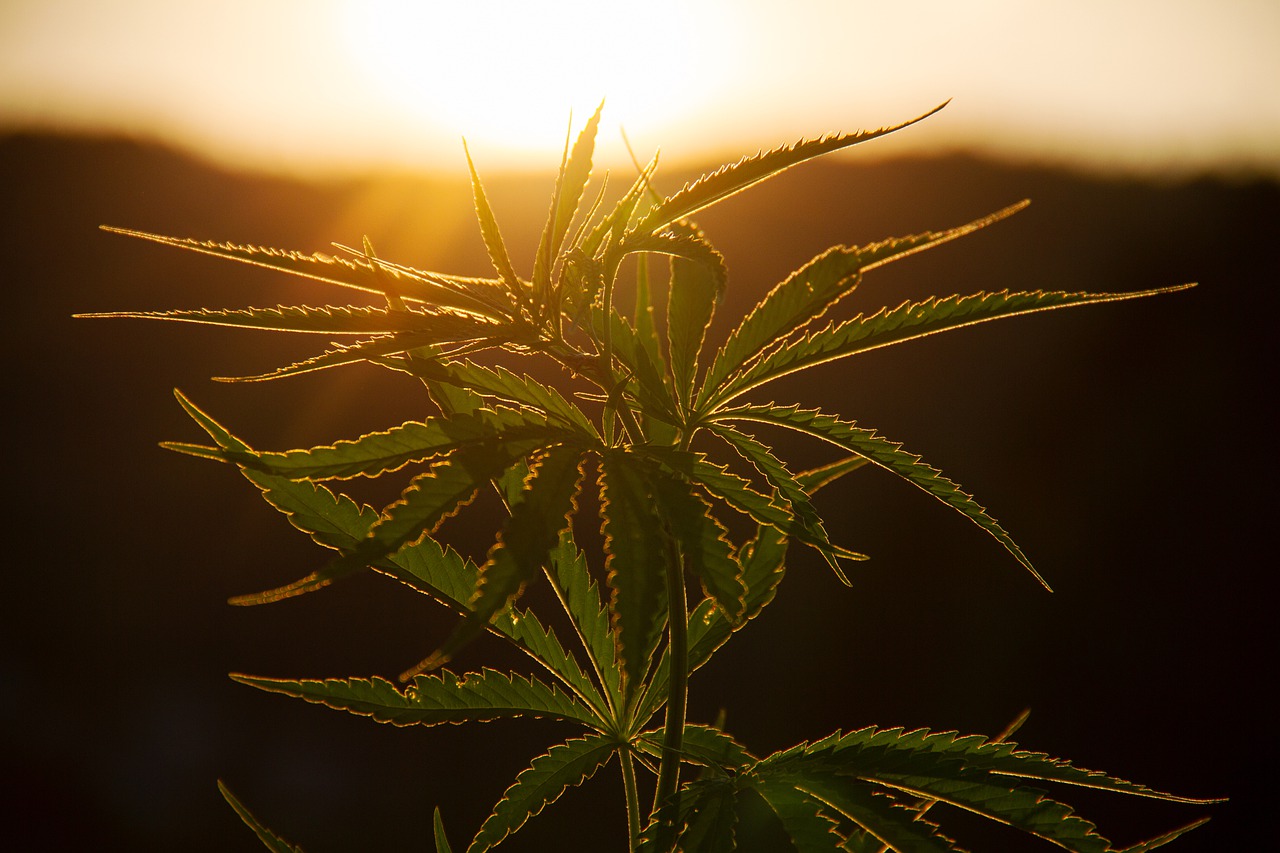 In several respects, hemp is similar to flax, but with the difference that hemp has longer fibers that can be spun both thin and thick. Hemp also has some protection against UV light. Hemp fiber is warmer than cotton in winter and cooler in summer when hemp breathes.

A disadvantage of hemp is that hemp can be susceptible to rot if it is not treated properly. Another disadvantage is that you are not allowed to grow a single hemp plant in, for example, the greenhouse as the authorities – in order to grant a cultivation permit – require that you must have at least four hectares of land intended for the purpose. Hemp is also difficult to harvest, which requires large, expensive plants that consume a lot of energy.

Hemp generally does not shrink but should still be treated with the same care as, for example, silk. Wash the hemp garment gently and spin only gently. Do not use detergent with bleach when washing hemp.

Hemp is today one of the hottest ingredients in the beauty industry.

With every little seed crammed with benefits, it’s no wonder that hemp seed oil has become a popular ingredient in the beauty industry (the question is probably rather why it has taken so long). Hemp seed oil is like armor that sprinkles the skin with moisture and gives it extra protection against external factors. But explaining in words is not enough, this intensely moisturizing and caring ingredient must simply be experienced.

Hemp seed oil, or hemp oil as it is also called, is an oil extracted from the seeds of the hemp plant. This “miracle plant” has been a rich source of food, fiber, and vegetable oil for thousands of years. With its arsenal of protein and fatty acids such as omega-3 and omega-6 *, it can probably be said that hemp is the best-kept secret in skincare and health.

Both hemp seed oil and CBD oil originate from the cannabis plant, but their composition and benefits are completely different.

Hemp seed oil is extracted from the plant’s seeds, which only contain trace amounts of cannabinoids but are richer in nutrients and those wonderful fatty acids that can be so important for skin and hair. And that, of course, explains why hemp oil is so popular in food and skincare products.

CBD oil, on the other hand, is produced with the leaves, flowers, and stems, where active substances are present in higher concentrations. The effect of CBD oil is that it is considered to have great benefits for holistic treatments and alternative methods of well-being.

Hemp has been used by humans for a long time; there are remnants of hemp fabric from the fifth millennium BC. in China. Hemp is said to have been used by humans for about as long as flax. Until the middle of the 19th century, hemp and flax competed to be the leading textile natural fiber. Hemp fiber cultivation was practiced in the Mediterranean countries of Europe during the Christian era and spread to the rest of Europe during the Middle Ages. There is evidence that hemp was also grown in Sweden during the Middle Ages.

Hemp belongs to the same plant family as marijuana. What is called industrial hemp has less than 0.3% THC, which is the substance that has a hallucinogenic effect and that marijuana contains. However, this low content is not enough for hemp to be used as a drug.

The EU, therefore, approves that industrial hemp may be grown in Europe. Due to the association with marijuana, there are restrictions on hemp cultivation in some countries, such as the United States.

Hemp is a stalk fiber from the hemp plant that thrives in cooler climates with access to rain. China is the largest exporter of hemp fibers. The hemp plant also grows in colder climates in the Philippines, Italy, France, Chile, Russia, Poland, India, and Canada.

Hemp is one of the strongest and most durable of natural fibers. Hemp fabric and linen have similar properties; they are cool in hot weather and keep warm in cooler weather. It is not as stretchy as other natural fibers and has poor elastic recovery. The fiber has good absorbency, which makes it easy to dye. Depending on the plant and the processing techniques, hemp can be naturally creamy white, brown, gray, almost black, or green.

Hemp fibers are used to make fabrics for clothing and furnishings as well as in technical applications. The strength of hemp also makes it very suitable as a material in, for example, strings, rope wood, and thread and in coarser fabrics such as sackcloth and canvas (3). It is said that the original Levi Strauss was made in a canvas fabric of hemp.

Hemp is resistant to ultraviolet light and mold (9) and also has antibacterial properties. Hemp fabric wrinkles easily but does not become as wrinkled as linen. Washing tips for hemp fabric vary; machine wash and dry clean or by hand in cold water.

The hemp plant grows so fast that weeds suffocate and do not need much water. Its root system minimizes soil erosion.

No chemical pesticides or fertilizers are needed either, however, these are sometimes used anyway. Hemp adds nutrients to the soil, which means that the soil can be used for cultivation for several years. Hemp produces more fiber than both cotton and flax on the same land and has the highest yield per acre of all-natural fibers.

Hemp fiber is processed in a similar way to flax, ie by rotting, drying, and crushing the stems. Hemp production requires a lot of needlework. Hemp cultivation can have negative consequences for the environment and for workers. Some methods used to process the fibers, such as in digestion, may use hazardous chemicals or large volumes of water and energy.

Even when the thread is to be spun, large amounts of water, energy, and chemicals can be used. The health of workers and local people can be damaged by pollution to water, air, and the environment during production.

previous
What is THC? Complete Guide
next
Benefits of CBD in Skincare Products - What You Should Know