CBD oil has increased dramatically in popularity due to its health-promoting properties, but in many places around the world, and even in the US, it has been a controversial product that has aroused many critical voices.

What is CBD oil used for?

The cannabis plant has historically been used for medicinal purposes for various ailments. It has been used primarily to relieve pain (including rheumatic pain and osteoarthritis), alleviate anxiety, and relieve symptoms of epilepsy.

There are many different claims about the effect of CBD oil, but still, more research needs to be done. However, users and some studies have found CBD to be extremely beneficial for a number of different areas and purposes.

In this article, a researcher has reviewed a number of studies on the medical effects of cannabidiol and has been able to identify some areas where CBD may be of interest. Note, however, that some studies have looked at CBD that are often in much higher doses than those found in the CBD products that are sold freely on the market, hence why the studies are not always completely accurate.

As mentioned above, these studies have used very high doses compared to the dose you can achieve through CBD oils or other CBD products on the market. 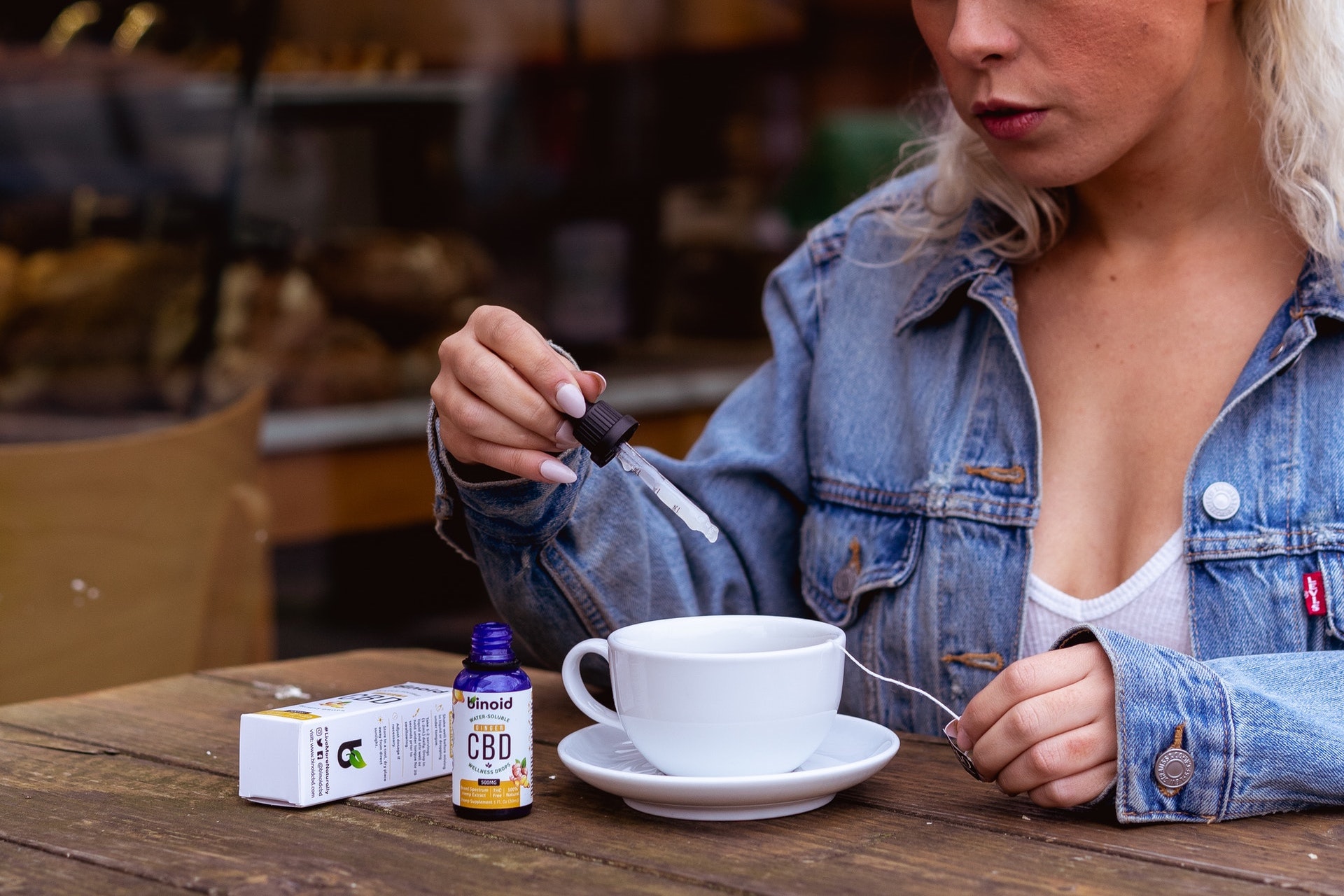 CBD is one of several different so-called cannabinoids found in the cannabis plant.

Many people probably think of the substance THC when they hear the word cannabis, but unlike THC, CBD has no psychoactive properties. So it is impossible for you to get “high” on CBD oil.

There are many different products with CBD today but the most common are the oils that are easy to dose and take, but there are also capsules for those who prefer it, as well as gummies.

For beginners, it is recommended to start with 5% CBD and then increase the concentration if 5% is not experienced enough.

The view of CBD has become much more relaxed in countries where cannabis/THC is illegal and few would today see it as a drug. Frankly, because it isn’t. For example, cannabidiol has been removed from the anti-doping organization Wada’s list of banned substances.

Of course, this has also meant that sales have increased sharply and that more manufacturers have appeared on the market.

It is important to choose high-quality CBD products. The cannabis plant is very good at absorbing heavy metals from the soil and it has been shown that CBD products made from plants grown in China contain high amounts of heavy metals.

Today, there are plantations around the world where the risk of heavy metals in the end product is very low.

Hemp is a very hardy plant that can be easily grown without pesticides or other chemicals. Hemp cultivation is thus generally non-toxic but not always organic.

Bioavailability can also vary between different products. Bioavailability means a large uptake of the product that takes place in the body. High bioavailability is always more important than just concentration, no matter what the supplements.

How is CBD used and how is it dosed?

CBD products are available in a few different forms. The most common form is CBD oil. CBD oil is CBD mixed with a carrier oil which can be hemp seed oil, coconut oil or olive oil. The concentration of CBD can vary between 1% and 15%. A common concentration, to begin with, is around 5%.

The usual dosage is to start with 1 drop and then increase by 1 drop per day until the effect is achieved. Oil-based CBD oil is usually dropped under the tongue where it is allowed to lie for 90 seconds and work before drinking anything. Dosage may vary between different manufacturers and depending on the concentration you have chosen, follow the manufacturer’s instructions.

If you get more tired than usual of the CBD product, you may need to reduce the dose and wait longer between higher doses, ie increase by 1 drop every other day or 1 drop a week.

There is also water-soluble CBD oil and powder that can be added to any hot or cold beverage.

CBD oil in capsules is suitable for those who want to take certain doses and think that capsules are more flexible. 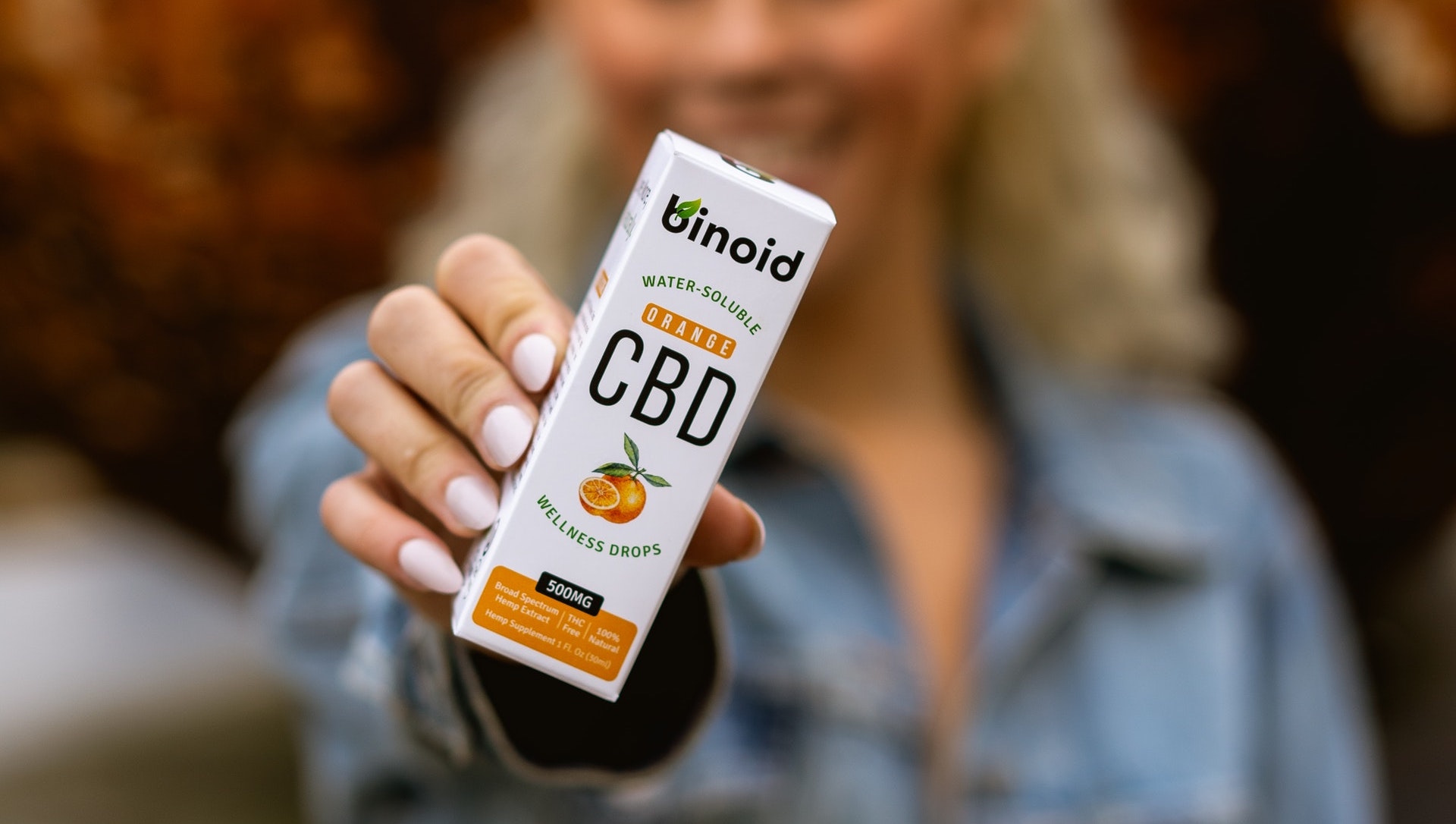 It is important to distinguish between THC and CBD

As I said, CBD oil is extracted from the cannabis plant, but CBD is just one of many active substances in this plant. The slightly more well-known substance THC is the one that is intoxicating, so it is the one that makes marijuana work as a drug. CBD is not intoxicating and can therefore be used in completely different ways than drugs.

CBD is usually mixed with cooking oil, such as olive oil, to make it easy to dose and easy for the body to absorb when used as a dietary supplement or medicine.

In 2018, the anti-doping organization WADA removed the doping classification on CBD, a good example of the big difference between THC and CBD.

What is interesting about CBD is that it has been shown to have medicinal properties. In early 2013, CNN aired a report on how CBD oil helped five-year-old girl Charlotte Figi, who suffered from severe seizures as a result of her very serious epilepsy. After the parents started medicating Charlotte with the CBD oil, the number of seizures decreased from over 300 a week to a few.

Following this report, CBD oil became extremely popular and began to be produced and sold worldwide.

However, no major medical studies have been conducted where it has been possible to determine exactly what positive properties the oil has. A major reason for this is that it is difficult to take out patents on natural substances, which makes the large pharmaceutical companies reluctant to invest large sums of money in costly studies.

In the USA, CBD has been used to relieve symptoms and problems in people with, among other things, epilepsy, personality disorders and depression.

Below is a list of some potential positive properties that CBD oil may have, based on reports from the United States.

In summary about CBD oil

CBD is generally ingested as oil where it is mixed with ordinary cooking oil, such as olive oil. This makes it easy to dose and absorb by the body.

CBD oil has been shown to have positive properties in a variety of symptoms, including depression, psychotic disorders, seizures, pain, and epileptic seizures.