Only those who suffer from migraines and really severe headaches can really understand the need to find an effective aid that alleviates the pain. In recent years, an increasing group has chosen to use CBD oil to relieve migraines.

In this article, we will delve into the topic of CBD for migraines to find out how to use CBD for migraines, how it works in the body and why many people prefer CBD products over conventional drugs. However, remember that CBD is not a medicine but a dietary supplement.

Migraine is a neurological disease that causes a bursting headache. A migraine attack can last anywhere from one to several days and is triggered by several reasons. In fact, one is not entirely sure what causes migraines, but both genetics and the environment seem to be factors that influence.

It is known that stress, poor sleep, hormonal changes, strong odors and different types of food can trigger migraine. The disease affects women more often than men and can also affect children. On the other hand, it is unusual for people to suffer from migraine attacks for the first time after the age of 50.

People who suffer from migraines often become sensitive to light and sound. The pain itself turns out to be a very intense headache and it can often feel like it hurts especially in the eyes or on the side of the head.

Symptoms that indicate that you are suffering from migraines include:

Unfortunately, when you suffer from severe migraines, this type of medicine rarely has the desired effect. In these cases, prescription drugs are available. One such example is triptans. Triptans constrict blood vessels that dilate during migraine attacks. For the same reason, triptans can not be used by those suffering from coronary heart disease.

Triptans can cause several different side effects. Among other things, fatigue, dizziness, pressure over the chest and neck and sometimes numbness in the arms and legs.

Research on CBD oil / migraine is unfortunately more scarce than desired and therefore many believe that it is difficult to establish the effect of CBD oil on the condition.

Both of these indications are important when it comes to the relationship between migraine – CBD oil. And it’s all about the endocannabinoid system (ECS) and how it can be stimulated by using cbd oil.

The endocannabinoid system is a signaling system in the body that affects a variety of functions. Among other things, it can affect our immune system and the secretion of neurotransmitters such as serotonin. This in itself is the key to the fact that cbd oil via ECS can have a calming, analgesic and anti-inflammatory effect.

The fact that CBD oil has been shown to stimulate ECS to increase serotonin production is important because there are plenty of studies that suggest that too low levels of serotonin can cause blood vessels to dilate and increase the number of migraine attacks. According to the sources, consuming extra CBD oil can thus prevent the blood vessels from dilating and causing a migraine attack. 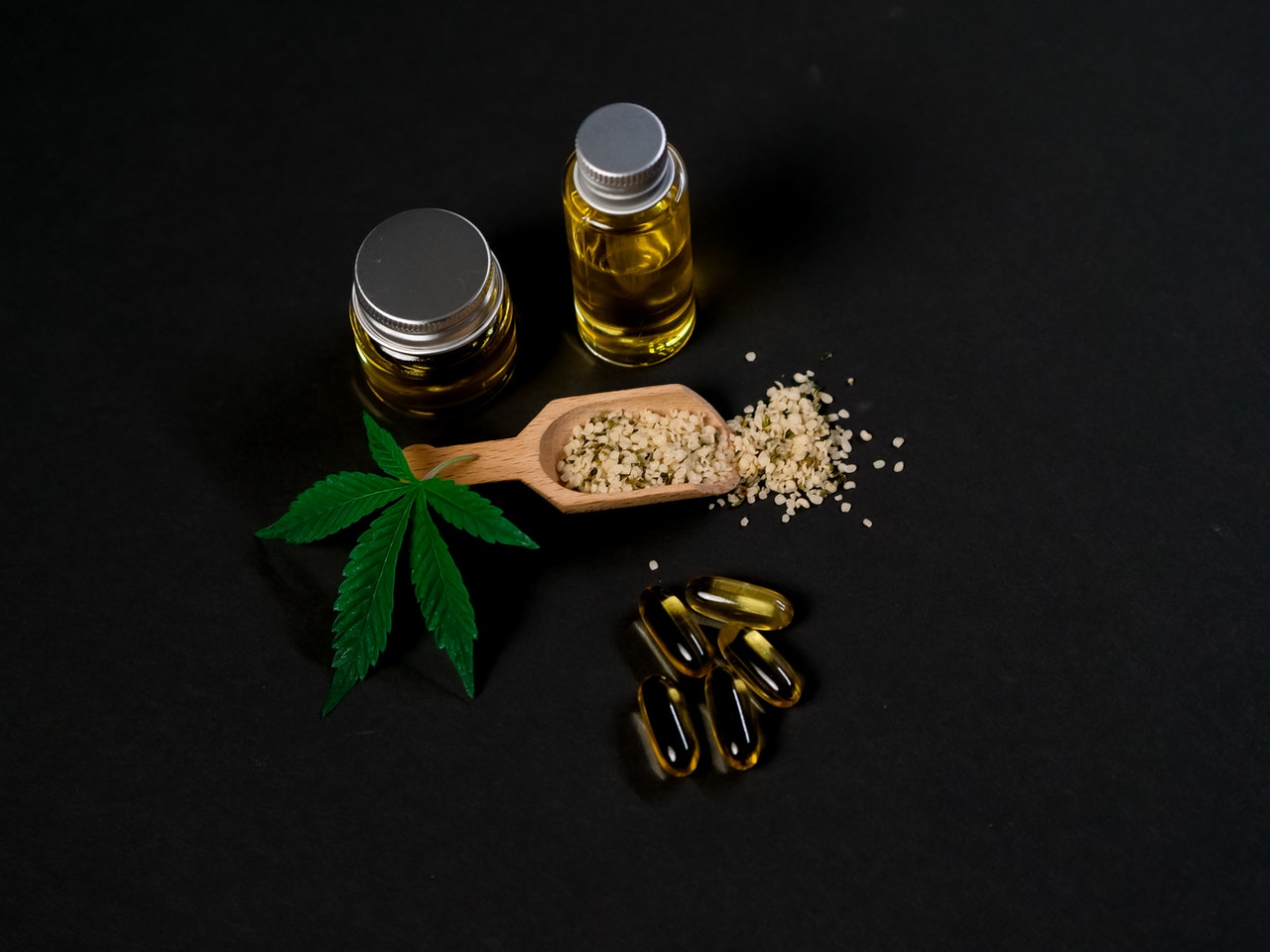 Benefits of using CBD for migraines?

So why use CBD for migraines? The main reason for using CBD oil instead of traditional medicines is either because you do not get the desired effect of the medicines you have tried, or to avoid side effects from these medicines.

It is nothing new to use CBD for migraines, it has been done in other forms for a very long time. CBD stands for cannabidiol and is a substance extracted from the cannabis plant. However, CBD differs from the substance with which we usually associate cannabis.

CBD differs from cannabis because CBD does not contain any psychoactive substance and does not cause any intoxication. Therefore, CBD oil is also not classified as a drug. You can simply say that with the help of CBD you can take part in the positive from the cannabis plant and avoid the bad properties. However, we recommend that you first consult your doctor to treat your migraine.

Benefits of CBD oil include:

CBD oil is a natural alternative to the drugs prescribed by doctors with very few or no side effects. The side effects that can occur in connection with trying to treat migraines with CBD oil can be headaches, diarrhea, nausea and a runny stomach. These side effects are mild and transient.

Not everyone gets side effects from CBD oil and for those who do, it usually goes away within a couple of weeks.

How to take CBD oil for migraines

When it comes to dosing and consuming CBD oil for migraines, the dose and procedure depend on your size, habit and type of preparation.

There are several ways to take CBD. CBD oil can be taken orally with cbd buds, in oil form or in capsule form. If you choose to use an oil, a certain amount of oil is placed under the tongue. You should wait about 60 seconds before swallowing the product. If you want, you can drip the oil into a drink and take it that way. In this case, the result may be slightly less noticeable.

You can also choose to use capsules. CBD capsules are simply CBD oil encapsulated in a gelatin casing or similar. Many people prefer this type of preparation as they find it easier to dose.

The amount of CBD oil depends on both weight and habit. Each manufacturer has its own recommendations that you should take note of and test yourself. It is not dangerous to ingest a slightly larger amount of CBD oil than intended.

Generally, it is recommended that you take 3-5 drops of CBD oil 3 times a day. For best results, you should take CBD oil regularly. The strength of the oil can vary from 2% CBD to 40% CBD. If you have not used CBD oil before, we recommend that you start around 5% and get your body used to it slowly. You can then feel if you want to increase the strength or the amount gradually.

If you choose to use CBD capsules, one capsule usually corresponds to 3-5 drops of 5-10% CBD oil. The recommended dose is usually 1 – 2 capsules 3 times daily, but even here it can be good to get used to the body slowly and to check with the manufacturer’s recommendations.

There are some respected neuroscientists who have worked / are actively working on researching CBD oil and its effects on the body, including migraines.

One such researcher is Dr. Ethan Russo who believes that lack of endocannabinoids can cause various forms of chronic pain in the body including migraines. Russo believes that by adding CBD to the endocannabinoid system, one can stimulate the receptors in the signaling system and through this treatment reduce pain.

In 2017, a study was published that showed that CBD oil has a better effect when it comes to reducing migraines and chronic pain than many prescription medications. The study was conducted by the European Academy of Neurology and had 121 participants. Already one month into the study, 85% of the participants stated that their migraines had decreased.

Overall, more research on the subject would be beneficial in strengthening the position of CBD oil as a treatment for many different conditions. But the studies that have been done so far, we think speak their clear language.

Are you considering taking CBD oil to relieve your migraine? CBD oil comes in several different variants in strengths and also in capsule form and has a proven effect in several studies. Users suffering from migraines testify to how they chose to test CBD oil instead of other types of medications with successful results.

Many people worry unnecessarily about using CBD oil. CBD is one of many cannabinoids in the hemp plant and should not be confused with THC (which is the narcotic in cannabis). CD extracted from hemp can not cause intoxication and is not classified as a drug. Side effects of CBD are also very uncommon.

In addition to being able to overcome or alleviate your migraine, CBD oil can be effective for a number of other ailments including chronic pain, inflammation and diseases related to stress and anxiety. CBD has also been approved as a treatment for certain forms of epilepsy in people over 2 years of age.